This engineering office founded in 2016 by Ivano Manfrin 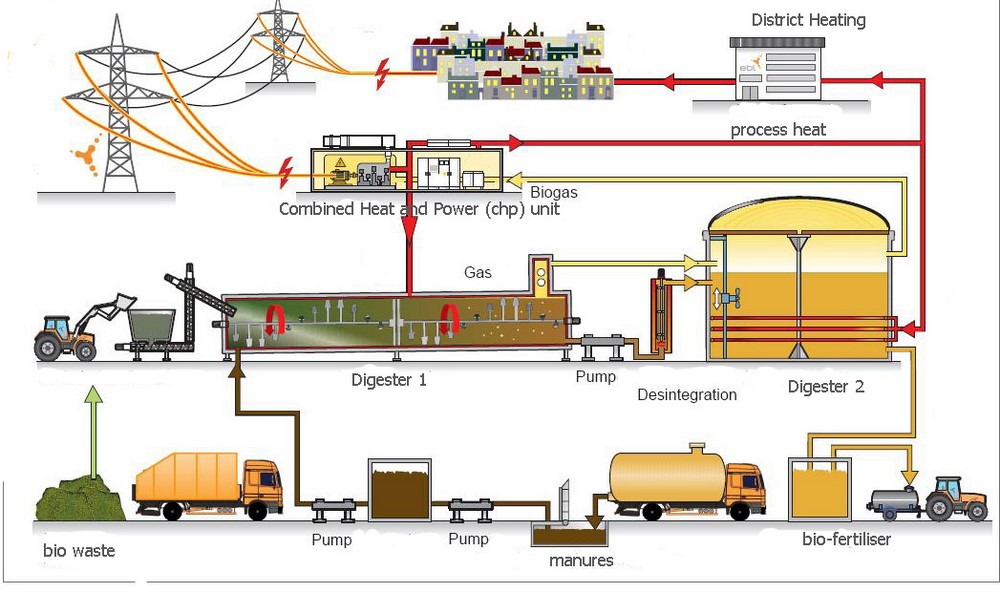 Biogas is the mixture of gases produced by the breakdown of organic matter in the absence of oxygen (anaerobically), primarily consisting of methane and carbon dioxide. Biogas can be produced from raw materials such as agricultural waste, manure, municipal waste, plant material, sewage, green waste or food waste. Biogas is a renewable energy source. In India, it is also known as "Gobar Gas".
Biogas is produced by anaerobic digestion with methanogen or anaerobic organisms, which digest material inside a closed system, or fermentation of biodegradable materials. This closed system is called an anaerobic digester, biodigester or a bioreactor.
Biogas is primarily methane (CHO4) and carbon dioxide (CO2) and may have small amounts of hydrogen sulfide (H2S), moisture and siloxanes. The gases methane, hydrogen, and carbon monoxide (CO) can be combusted or oxidized with oxygen. This energy release allows biogas to be used as a fuel; it can be used for any heating purpose, such as cooking. It can also be used in a gas engine to convert the energy in the gas into electricity and heat.
Biogas can be compressed, the same way as natural gas is compressed to CNG, and used to power motor vehicles. In the United Kingdom, for example, biogas is estimated to have the potential to replace around 17% of vehicle fuel. It qualifies for renewable energy subsidies in some parts of the world. Biogas can be cleaned and upgraded to natural gas standards when it becomes bio-methane. Biogas is considered to be a renewable resource because its production-and-use cycle is continuous, and it generates no net carbon dioxide. As the organic material grows, it is converted and used. It then regrows in a continually repeating cycle. From a carbon perspective, as much carbon dioxide is absorbed from the atmosphere in the growth of the primary bio-resource as is released, when the material is ultimately converted to energy.